"Like people," I frequently answer whenever asked this question. With what I like to imagine as a confused look, people always ask me to elaborate. What I mean is that the variation of human behavior transcends geographical boundaries, meaning that in any country you will find a wide spectrum of personalities, meaning anywhere in the world, you will find, people. Granted, I've only been in the capital city, but from white Christian missionaries to the immigrant Chinese hotel owners, the plethora of perspectives have made the same place look different with every person I meet.

It occurred to me that my previous posts may have made it seem as if ALL Hondurans are living in poverty. That of course is not the case. Even the boxing gym is fairly diverse in its socio-economic makeup, primarily defined by what time one comes to the gym. The first batch mostly resides in San Miguel, the same neighborhood of whom most of these posts have been about. Feeling the cold grip of poverty, when asked if they would ever want to live somewhere else, most respond, "Let's go to tomorrow." 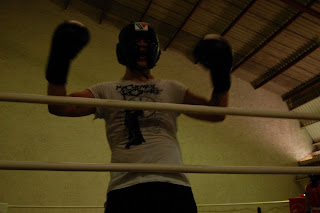 The other group comes later in the evening, usually after their work or courses of university study. Most of them live in scattered regions throughout the city, most can speak English, and most participate in the sport for hobby, as their attendance is sporadic at best. My sparring partner "Chino" is one of the only from this group that shows up everyday, but his reasons for staying in the fistic trade are more therapeutic than a means to escape poverty. He is well-off enough so he does not have to rely on his body capital to make a living. Studying for a PhD and working as a teacher, his experiences are drasitically different from Juan Carlos and his friends. Also, as the son of a politician, the constant accompaniment of body guards would make his life a bit different in both positive and negative respects. When I ask if he would ever want to live in another place, he simply shrugs and says, "Maybe. If there was some opportunity there." 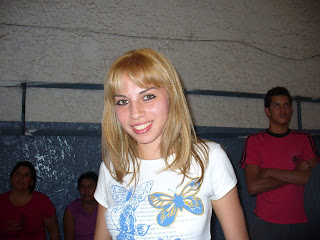 While "Chino" is probably an extreme example, there are a good handful of boxers from upper-middle class families. Although an interesting mix was Leonela. A second year medical student who also works part time at the Museum of Natural History, I thought of her to be at least 25 but it turns out she just turned 18. She said working since you were 14 will make you seem older than you are. This is the only reason I assume she didn't grow up with wealth. I tell her I graduated with a sociology degree and she tells me, as if she is unfamiliar with the field, that she's only taken one sociology course, but she prefers Marx over Durkheim. She had already surpassed most UW Sociology undergrads by knowing those two names. I ask her if she ever thought about living elsewhere and with almost a look of confusion she says, "No, Honduras is my home. This is where my people are. This is where I want to help." 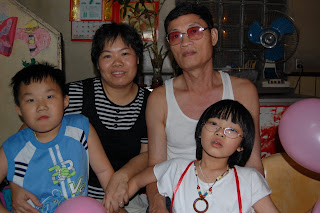 I usually end my training session with these two, as they are often the last two to leave, a stark contrast to how I begin my day. When I got back to the hotel, I am met with another, almost a different world altogether. The Yueng family, who recently have almost adopted me, have been feeding me complimentary meals and providing me with all the TV and Internet I could ever need, although I do earn my keep by doing weekly tutoring, teaching them how to use the internet, and even at times attending to other guests in the hotel. For them, life in Honduras is work, an opportunity to flee the over-populated job market in China. I ask their other son Yonni, who owns and runs his own "pulperia" (local corner store), if he ever wanted to leave and he said, "Si, pero no hay opiciones" (yes, but there are no options). The other two children, Arturo and Monica, do not consider themselves Chinese, but Hondurans since this is their birthplace.

However like most immigrants there is a considerable amount of xenophobia from the existing population as the mother describes how she feels as if locals are addressing a dog in the way they point and say "China". I can't say I haven't experienced that so far in my journey. There is definitely racial tensions between the two groups and I find myself awkwardly in the middle. There's even tension between other Chinese immigrants as another family down the street constantly gossip back and forth about the family I'm renting my room from now. Unlike the owners of Hotel Mariposa, all their children were born in China, and still live there today. Some of the bickering has to do with what part of China they come from, which may seem trivial, but it would be ignorant of you to think all Chinese people were the same given the size of the country. 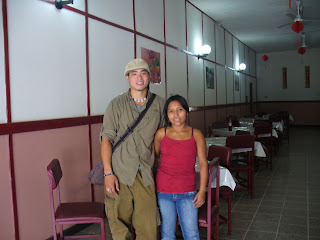 Unfortunately the animosity from the local population is only reciprocated as I notice the belittling treatment of Hondurans by Chinese business owners. Like Laura, who I met and befriended at the Chinese restaurant of the latter family. Saving up for beauty school, she works 6, sometimes 7 days a week for 10 hours a day and makes in a month about how much I spend in 10 days living on a frugal budget. Soon she says she'll be working at the local Hiper Paiz, which for all you familiar with Central America, is owned by Wal-Mart. This will actually be a substantial improvement in wages and hours. 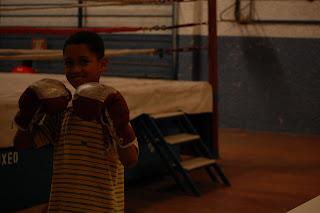 These are just a handful of people I've met here, yet they represent a kaleidoscope of perceptions, experiences and approaches to living life in the same city. Much of that is due to their social class, which moderately diverse, but the reality is that most people in Honduras are impoverished, 75% as I was told by Michael, after he asked me if there were poor people in the United States. At 12 years old I was impressed by the knowledge of his own country and insightful inquiry of another, or just embarrassed that I didn't think like that when I was his age. I told him yes there were, it's just that most people in the world don't hear about them. Hell, it's a common mistake for most US college students to homogenize their own population.

The point is that most people are led and driven by the same social forces, so that in the end, everybody has the capability to be like anyone else. We somehow forget how similar we are from others, how easily we could be in someone else's place if we had been born a different skin color, a different gender or in a different income bracket. It is really nothing special about us perse, just something we choose not to acknowledge that keeps us afloat.

Posted by Wandering Pugilist at 7:15 AM

i especially like the bit "She had already surpassed most UW Sociology undergrads by knowing those two names."