Off the Beaten Path

If you really want to "get off the beaten path", come to the capital cities. So many travelers want to get away from the very touristy spots, but most people don’t realize that the small rustic villages or coffee fincas, are just as much another tourist attraction because travel agencies recognize that exact same emotion of not wanting to be a tourist; they just package it in a way so it doesn’t seem like a tour.

For the past week I’ve been staying in Tegucigalpa, Honduras. You’ll find all the amenities of plush five star hotels, fast food restaurants, and megamalls, but you’ll hardly come across another traveler. Because of the low volume of tourists, hotels are considerably more expensive and in order to be relatively close to a “backpacker’s budget,” I was staying in a place that intermittenly had water, where I bathed myself with a tub of water and a bucket. However, looking back on it I was quite fortunate. Water shortages here are frequent, making water a privileged commodity and there I was with a garbage can full of it. It also makes you realize how little water you actually need to clean yourself.

Yesterday I found out my former hotel was notorious for its late night sexual solicitations. I guess that would explain the unannounced 2AM instrusion I receieved, followed by another one at 3AM, by a fellow who proceeded to offer me a blowjob in exchange for a room. It was then I decided I had enough of that place. Yet actually my entire neighborhood could be considered a red-light district as my current hotel, located across the street, is also known for prostitution. Despite the constant army marches of ants and the occasional cockroach, my new room is a huge improvement. It did, however, cost an additional 20 Lempiras, which is equivalent to a little more than $1 USD, but I’ve been trying to live in accordance locally and that 20 Lempiras could buy you a meal, or for me, my daily licuado and rosillas.

The owners of Hotel Mariposa are Chinese, as I also find the red-light district to simultaenously be the Chinatown of Tegucigalpa. Therefore to most local Hondurans I don’t stick out; most assume I’m another immigrant. But to the local Chinese, they know I’m not from around here. I find myself isolated in a lonely cultural category, kind of how it is for most Asian Americans in the United States. By trying to bridge that gap, I seem to be using my Mandarin almost more than my Spanish. Yesterday, I was tutoring English to the young daughter in Spanish and explaining it to the mother in Chinese. It earned me a free wonton soup dinner for the night. Makes me grateful for all my parents gave me.

True, the capital city doesn’t have the exotic beaches or underwater excursions that Honduras is known for, but there’s life here; the day-to-day struggle to make it and that, has always been so much more real to me.
Hotel Tegucigalpa 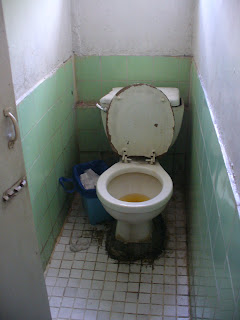 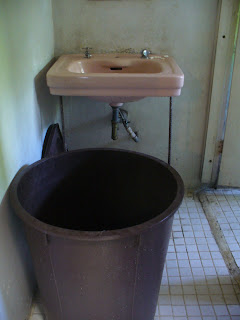 (My tub and bucket for showers) 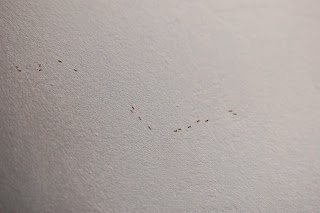 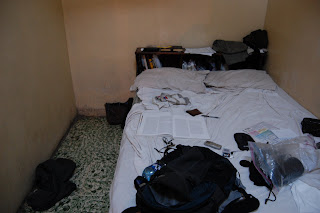 (My room, more than enough)

Posted by Wandering Pugilist at 8:43 AM

Nick: Felicidades - it sounds like your travels are more than you had bargained for, in the best possible sense. We miss having you on the project, although it must seem a million miles away for you. Next week, we are doing a public reading of the names of all of the victims on our inventory, the Historical Methods paper is in press, and Stew has a talk at WSU in April. I'm a finalist fir 6 jobs and will find out in th enext 2 weeks which (if any) I'll be offered.

I've been following your blog, and am really glad for all you've been learning -- and sharing with the rest of us. Treasure this time -- it has already shaped the way the rest of your life will unfold. It's not very often that we can have that perspective while we're going through experiences.

Looking forward to your next installment. Best - Amy

from the look of the pee in the toilet, you need to drink more water. ahaha =P jk.

i like your reaction and approach to the situations that you've came across. i can't wait to hear more.

I stayed at a pretty great place in Teguc. It was very much a backpackers hostel (which can be really annoying sometimes), but at L90 a night it was the best deal i found. If you are still there it was called Tobacco Road Inn. It's in the LP (hence the super backpackerie feeling), but was a good place to stay for two nights.

Sounds like you are having some great times. Right now I am living vicariously through you. I miss Central America so much. It was way better than SE Asia!